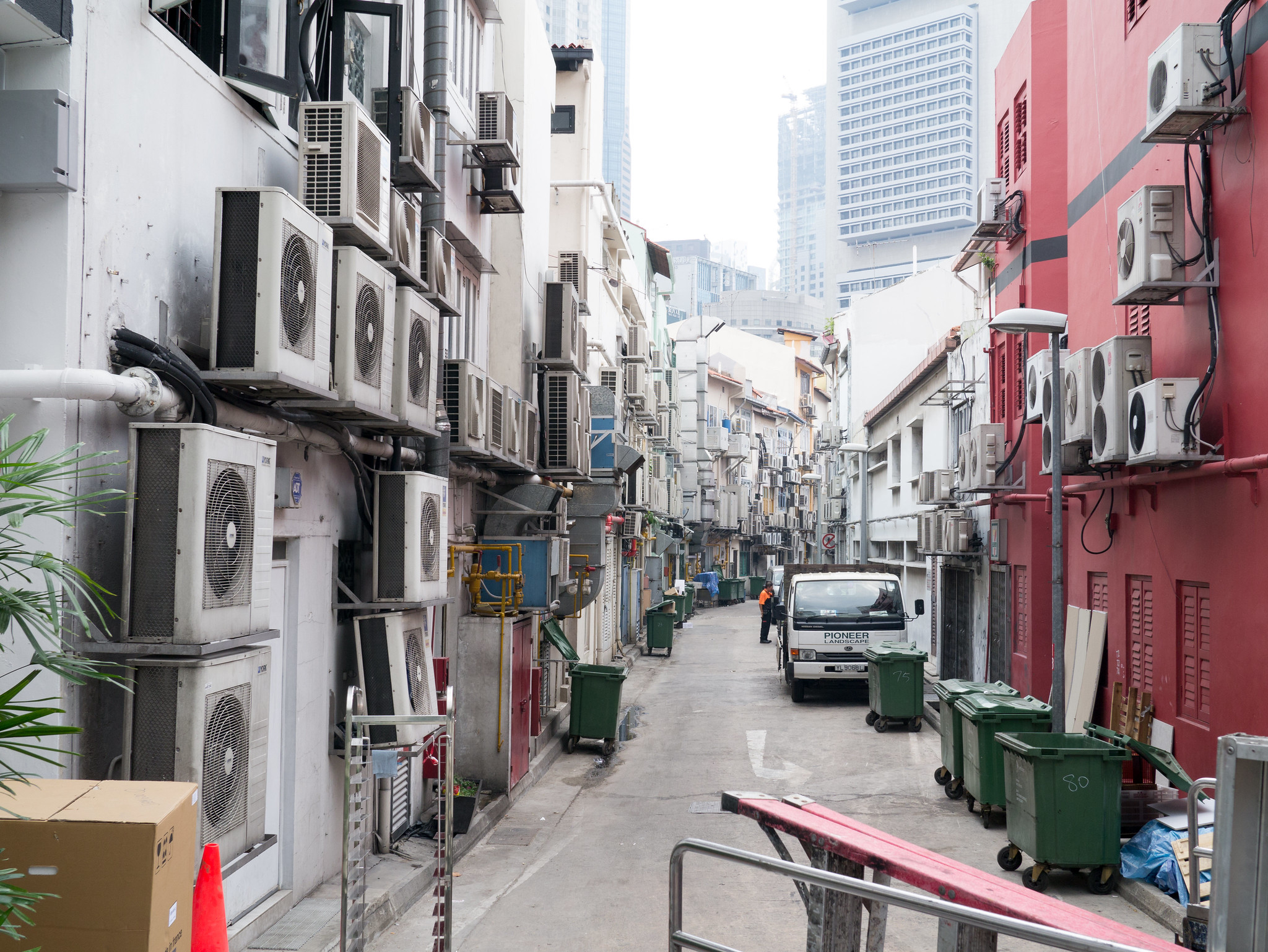 Recoolit’s mission is to solve the world's refrigerant problem. What exactly does this mean, and why are we working on it?

The evidence for human-caused climate change is overwhelming, and we are getting closer to a variety of tipping points that may have catastrophic effects on human civilization and the biosphere. Over the last few years we have seen increasing efforts go towards mitigating climate change, but even if you follow this work closely you have likely seen very little about refrigerants.

What are refrigerants, anyway?

Refrigerants are chemicals found in every air conditioner and refrigerator, and when they reach the atmosphere they are a key contributor to climate change. They are greenhouse gases with high Global Warming Potential (GWP), which means that on a per-pound basis they are much worse for the climate than carbon dioxide. Every year, humanity emits about 1.1 billion tonnes of CO2-equivalent emissions in high-GWP refrigerants, over 2% of all global emissions. This is about as much as the total emissions of Germany, the world’s sixth-highest emitting country.

How do we solve it?

Our technology platform incentivizes and supports air conditioning technicians around the world to collect refrigerant from end of life devices, after which we destroy it, keeping it out of the atmosphere permanently.

At this point you may be wondering: why are we so excited about refrigerant management as a climate solution? After all, there are dozens of other approaches to helping with climate change: solar panels, nuclear power, electric vehicles, reforestation, and direct air capture, just to name a few.

Is it because the solution involves exciting new technology? No, in fact the basic science and technology to collect and destroy refrigerants has been around for decades. However, our digital-first approach is revolutionizing the transparency of refrigerant-based offsets.

Is it a silver bullet that will instantly free humanity to worry about something else? No, there is no single solution to climate change (although too-cheap-to-meter energy from nuclear fusion would go a long way). Instead, preventing the worst effects of climate change will require many different approaches across emissions reduction, carbon removal, and adaptation.

First, the problem is uniform enough that a single solution can scale. This is why Project Drawdown ranked refrigerant management as the single biggest climate solution with 90 billion tonnes of preventable CO2-e emissions by 2050. Other problems, by contrast, might require dozens of different initiatives. For example, decarbonizing the energy sector will involve smokestack scrubbing, grid-scale storage, wind farms, better drilling technology for geothermal power, and on and on. Refrigerant management is one problem with one solution.

Second, the underlying science and technology is a sure thing. With minimal technical risk, we can be certain that every kilogram of refrigerant that we collect and destroy has a positive climate impact. And this technology can be deployed quickly around the world as our business grows.

Third, this doesn’t require mass behavior change or new consumer attitudes. We don’t need “awareness” from millions of people, nor do we need anyone to make sacrifices for a greater good. Campaigns that rely on these kinds of consumer-visible changes (like banning single-use plastics, or swapping out plastic straws) can have large impact but they also are likely to fail or encounter pushback. Our approach works behind the scenes instead. We partner with and support the trained professionals who already deal with cooling systems all day. Billions of people benefit, and most of them never need to encounter a minute of inconvenience.

Finally, it’s incredibly neglected. There are a small number of existing efforts to fix this problem – and we’ll highlight the best of what’s out there in upcoming posts. But there are huge gaps in what’s being done, both geographically and strategically, and there’s plenty of room for new entrepreneurial energy to have a huge impact.

We’re just at the beginning of our journey, and we’re looking for all kinds of collaborators. If you're interested in purchasing the high-quality carbon offsets that support our work around the world, or to get involved in any other way, please reach out at info@recoolit.com.

(Photo Credit: "Air Conditioner Alley" by Schezar is licensed under CC BY 2.0)

No Refrigerant Left Behind
Carbon Offsets: Avoid or Remove?
Why refrigerants?